You are here: Home / Jessica Lipowski’s Blog: The Latest Happenings / Flavors of Life / Inspiration for the Book

When I mention the premise of my book, people usually ask one of two questions: how many of the 178 nationalities in Amsterdam do you feature, and how did you come up with the concept. The answer to the first question is fairly straightforward, 41. The second one requires a bit of an explanation.

One sunny afternoon in August 2012, while outside getting some fresh air and exploring the city, Matthijs and I discovered a Caribbean restaurant. It got us thinking and surfaced several unanswered questions. What does a Caribbean restaurant entail? What kind of food do they serve? Who is the owner? Is the owner from a country in the Caribbean, or just a fan? Why did they open this restaurant in Amsterdam of all places?

These thoughts led us to another realization, reflecting on just how international Amsterdam really is. We heard the statistics outlining how many nationalities call Amsterdam home, however it wasn’t until we looked closer that we saw how diversity has impacted the restaurant scene. Whatever you are in the mood for, whatever food you are craving, you are almost sure to find it in Amsterdam.

For a while, I had been tinkering with a few different book ideas, and while several of them were interesting and meaningful to me, for one reason or another they just weren’t feasible at the time. When we stumbled upon this Caribbean restaurant, it made me outwardly recognize (although I knew this already) that I wasn’t the only person living abroad. With so many nationalities and cuisines, I was not alone. I knew why I moved to Amsterdam, but it made me curious why everyone else chose this beautiful, open-minded country.

Continuing along these lines, we also knew how many guidebooks and other travel-related materials are out there. While many outlets focus on the restaurant itself, discussing the quality, the service and the atmosphere, we noticed something missing: a behind the scenes look at the owner, not just about his or her restaurant but about their personal history.

From a young age, I’ve been interested in stories. I love meeting people and hearing about their life. Combined with my journalistic background and interest in writing human interest pieces, I decided it would be fascinating to interview expat restaurant owners, digging into their life tales – from childhood to present day – and determine exactly how they got involved in the restaurant industry, as well as how they ended up in Amsterdam.

In October 2013, after researching and outlining the concept over the summer, I made the decision to move forward and begin the interview process, transforming my idea into a reality. 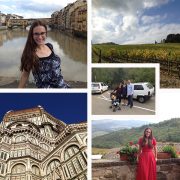 Travel Highlights: Trips I made within Europe while living overseas 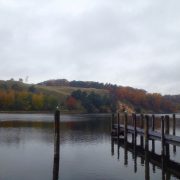 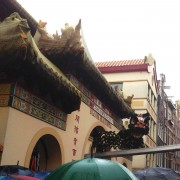 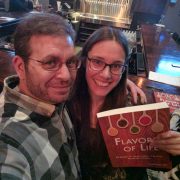 Homecoming: Celebrating The Release of Flavors of Life in the Metro Detroit area
0 replies

Four Years in The Netherlands