Books, books, books! When I was little, I used to stay up all night reading, practically devouring novel after novel. Not much has changed now that I’m an adult. I enjoy reading in my spare time and am even part of a book club here in the Netherlands. Additionally, I am a writer and soon-to-be author, and I have many writer friends, including fellow author and expat Savannah Grace. Therefore, when Erik Scalavino suggested we talk about books for an upcoming #CultureTrav, I was all in, 100 percent on board.

The discussion on Thursday, March 24 was inspirational! It is great to see so many book lovers in this world, especially those that love to travel, too. The responses gave the community ideas of new places to see and explore (derived from books), as well as added a variety of books to our “must read” list. Following the chat, I compiled the names of all the books and authors, whether mentioned as an overall favorite, serving as inspiration to travel to a particular destination, ones associated with literary destinations, and good reads suggested by #CultureTrav chatters. Thank you to @Sihpromatum @PrairieStylFile and @HotMamaTravel for the suggestion!

Below is the list in alphabetical order, first by books (and titles) and second by authors.

Book Titles
A House in the Sky by Amanda Lindhout
A Moveable Feast by Ernest Hemingway
A Time of Gifts by Patrick Leigh Fermor
A Walk in the Woods by Bill Bryson
Almost Somewhere: Twenty-Eight Days on the John Muir Trail by Suzanne Roberts
American Gods by Neil Gaiman
Arabian Sands by Wilfred Thesiger
Birdman by Mo Hayder
Blue Highways by William Least Heat Moon
Cameroon with Egbert by Dervla Murphy
Climbing the Rigi By Mark Twain
Conquistadora by Esmeralda Santiago
Creativity Inc. by Amy Wallace and Edwin Catmull
Dark Places by Gillian Flynn
Daughters of the Stone by Dahlma Llanos-Figueroa
Dear America series
Der Teufel steckt im ICE (The devil hides in the ICE)
Down Under by Bill Bryson
Driving Mr. Albert: A Trip Across America with Einstein’s Brain by Michael Paterniti
Eat, Pray, Love by Elizabeth Gilbert
First Comes Love by Emily Giffin
Girl with the Dragon Tattoo books
Gone with the Wind by Margaret Mitchell
Harry Potter series by J.K. Rowling
Heart of Darkness by Joseph Conrad
Huckleberry Finn by Mark Twain
Into The Wild by Jon Krakauer
Je Vivais Seul Dans Le Bois by Henry David Thoreau
Kitchen Confidential by Anthony Bourdain
Klondike Fever by Pierre Berton
Lapdancer by Juliana Beasley
Lonely Planet guides
Long Walk To Freedom by Nelson Mandela
Lord of the Rings series by J. R. R. Tolkien
Lost Horizon by James Hilton
Love in the Time of Cholera by Gabriel García Márquez
Love With a Chance of Drowning by Torre DeRoche
Midnight in the Garden of Good and Evil by John Berendt
Moby Dick by Herman Melville
Notes From a Small Island by Bill Bryson
On The Road by Jack Kerouac
Our Man in Havana by Graham Greene
Outlander series by Diana Gabaldon
Read Fever Pitch by Nick Hornby
Ring of Fire books by Eric Flint
Sharp Objects by Gillian Flynn
Sihpromatum series by Savannah Grace
Sisterhood of the Traveling Pants series by Ann Brashares
The Alchemist by Paulo Coelho
The Devil in the White City by Erik Larson
The Geography of Bliss by Eric Weiner
The Girl on the Train by Paula Hawkins
The Happiness Project by Gretchen Rubin
The No. 1 Ladies’ Detective Agency by Alexander McCall Smith
The Odyssey by Homer
The Quiet American by Graham Greene
The Royal Diaries series
The Secret Garden by Frances Hodgson Burnett
The Shadow of the Wind by Carlos Ruiz Zafón
The Sun Also Rises by Ernest Hemingway
The Voluntourist by Ken Budd
The Wishing Trees by John Shors
To Kill a Mockingbird by Harper Lee
Travels With Charley by John Steinbeck
True History of the Kelly Gang by Peter Carey
Under the Tuscan Sun by Frances Mayes
Vinland Sagas

Thank you once again to Erik for the great topic suggestion and guest hosting, and as always, to my amazing co-host and the founder of #CultureTrav, Nicolette Orlemans. And an even bigger shout-out to the wonderful #CultureTrav community – thank you for inspirational and intellectual discussions each and every week!

I’d love to hear from you which (travel-related) books and authors are your favorites. Did they make this list? Please let me know in the comments below. 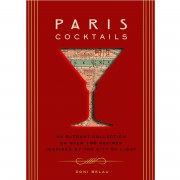 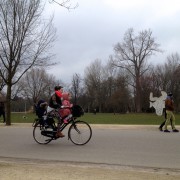 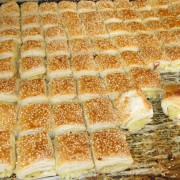 10 Jerusalem Treats You Can’t Miss During Your Visit 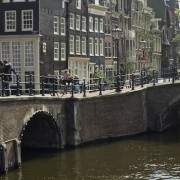 How Does Travel Inspire You? Join Anywhere Workday and CultureTrav for a Special...
Scroll to top