You are here: Home / Flavors of Life / Dinner at Blaine’s 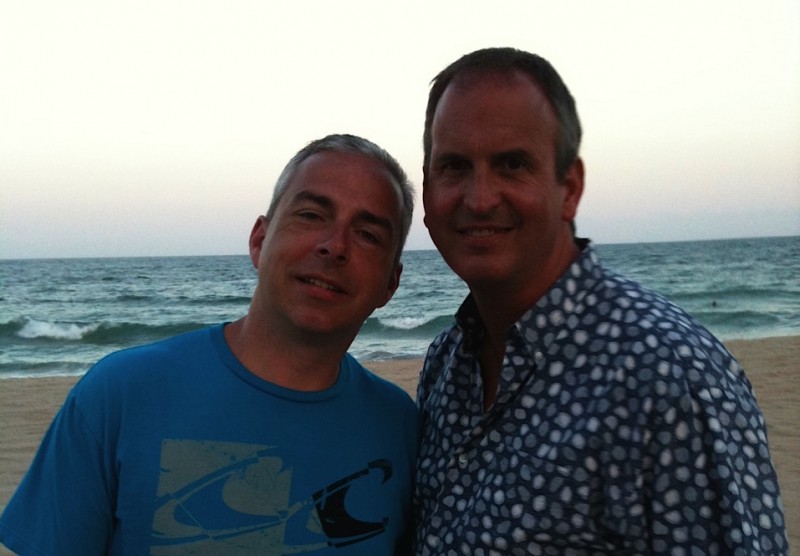 Peter Waltz and Blaine Hamrick lived in the same city for five years. In all that time, their paths never once crossed, but in one week, the men bumped into each other three times. Despite coming from different areas of the world – Blaine from the heart of Texas and Peter from the province of Zeeland in the Netherlands – their love of hospitality, among other things, brought them together in Amsterdam.

As a young boy, Peter wanted to be a baker. Eventually, he changed course and attended a hotel management school. That experience opened the door to other possibilities and introduced him to the restaurant scene, specifically service. He has subsequently held a variety of positions, including one at Sofitel Legend the Grand, a prestigious five-star hotel in Amsterdam.

Blaine loved cooking, a hobby that evolved into a profession. He managed food and beverage teams for Hilton, a job that started in Japan and ultimately brought him to Amsterdam, by way of Guam.

Blaine hoped to one day open a restaurant of his own. Peter agreed and on September 7, 2004 the dream came true. Together, the couple opened Seasons on the Herenstraat, showcasing internationally-inspired cuisine, friendly service, and a menu that changes with the seasons.

Since Peter’s passing in 2016, Blaine has since sold Seasons and started a little restaurant in his B&B called Dinner at Blaine’s.