You are here: Home / Flavors of Life / Restaurant Beyrouth 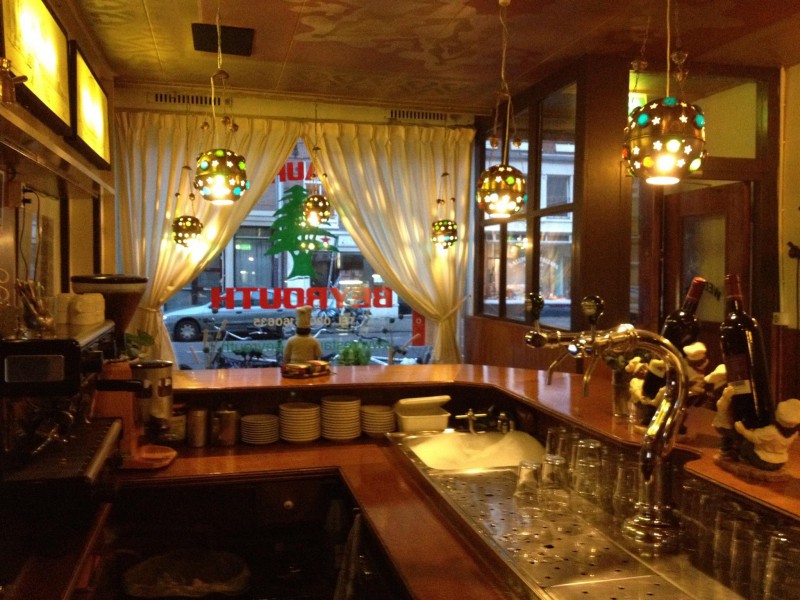 Kamal Estephan’s life has resembled a rollercoaster: a series of ups and downs and unexpected twists and turns. Despite derailing a couple of times, the beauty in his life has outweighed the negative, and strong family love and delicious food have always been constants. Growing up, his mother prepared tasty meals at home, while his father, a professional chef, worked for a variety of employers, including the King of Saudi Arabia and famous Lebanese celebrities. Kamal, on the other hand, had more of an interest in biology and physics, strengths that ultimately led him to pursue medicine.

His medical career was put on the back burner, however, when he entered into a psychosis, trapped in a deep depression for three years. Another obstacle arose when the family was forced to flee their homeland in 1989 due to the ongoing, raging war in Lebanon. Taking refuge in the Netherlands, where Kamal’s father already resided – working for the Lebanese Ambassador in Den Haag – life moved forward. In 1990, Kamal and his parents decided to take a bold step and open a restaurant of their own, setting out on a fresh, new path to introduce the Dutch to Lebanese cuisine. Restaurant Beyrouth is still going strong today.