You are here: Home / Flavors of Life / Abyssinia 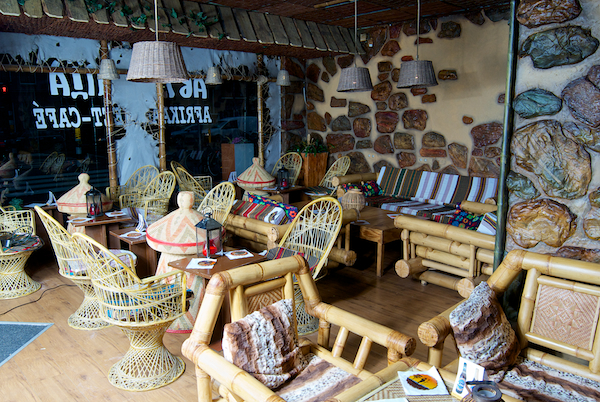 Abyssinia is a well-known establishment in Amsterdam. Opened in 1995, the popular Eritrean restaurant has existed for over 20 years, but it wasn’t always smooth sailing for owners Alem Tesfamicael and Abeba Nebrathu. Fleeing Eritrea in 1990 due to the raging war between their home country and neighboring Ethiopia, Alem and his wife, Abeba, sought refuge in the Netherlands. Landing in a completely foreign country with very little money, they started from scratch.

Business is in Alem’s blood, and the entrepreneur set out to fulfill a long-time dream to open a restaurant. The task proved to be more difficult than originally anticipated. Alem first had to learn the Dutch language and then complete the appropriate industry-related courses. Through a combination of hard work, commitment, and dedication, Abyssinia is a place where he and his family can share their culture with Amsterdam through food and hospitality.